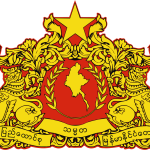 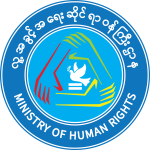 The Republic of the Union of Myanmar welcomes the oral progress report of the Special Rapporteur on the situation of human rights in Myanmar, Mr. Thomas H. Andrews.

“Bad to worse, to horrific” is how the Special Rapporteur has described Myanmar’s trajectory and the plight of its people since the illegal military junta launched its failed coup in February 2021.

Violence is intensifying. Junta atrocities are escalating. A humanitarian crisis has become a humanitarian catastrophe. To the Special Rapporteur, “the stakes could not be higher.”

Finding yet again that the illegal military junta is “committing war crimes and crimes against humanity on a daily basis, including sexual violence, torture, deliberate targeting of civilians, and murder”, the Special Rapporteur pointed to two horrific examples:

Extrajudicial executions just weeks after the last Human Rights Council session, and a massacre of children during the current Council session. This ramping up of bloodshed not only targets the most vulnerable, it is a direct affront to the UN and its Member States. Each UN entreaty has been answered with junta atrocities.

And yet the Human Rights Council continues to leave Myanmar’s seat empty. By depriving the people’s legitimate representatives of a voice, the Council is also denying itself access to accounts that, to the Special Rapporteur, show “what humanity – at our best – is capable of.”

In reaching the damning conclusion that the international response to Myanmar’s “deepening crisis has failed”, the Special Rapporteur pours scorn on the UN Member States that are “working to prop up this illegal and brutal military junta with funding, trade, weapons, and a veneer of legitimacy”, as well as those who “voice support… but then fail to back up their words with action”.

Myanmar strongly supports the Special Rapporteur’s calls for stronger, coordinated and more effective action to deprive the junta and its forces of “revenue, weapons, and legitimacy”, and for a “coalition of nations that can build a coordinated strategy”.

Every effort must continue to be made to ensure that responses are UN-led, foremost at the Security Council, where renewed efforts to secure a resolution on Myanmar are welcome. The illegal military junta must be viewed as a terrorist threat to regional peace and security and treated accordingly.

The UN General Assembly must also formally accept the credentials of the National Unity Government. This would remove any remaining doubt in the Human Rights Council’s mind as to who rightfully represents the people of Myanmar, and reopen clear channels for Myanmar’s engagement with the UN’s human rights system and access to technical assistance.

Thirdly, in follow-up to its HRC50 ‘Panel discussion on the root causes of human rights violations and abuses against Rohingya Muslims and other minorities in Myanmar’, and in the shadow of the Rosenthal Report’s recommendations, the Human Rights Council must continue to send a clear message to the UN Country Team and UN agencies, funds and programmes in Myanmar that operational interventions must not grant any legitimacy to the junta. This should also see the UNCT expand its partnership with the National Unity Government, ethnic organisations and civil society in the delivery of humanitarian assistance to all persons in need.

These steps should form part of the Special Rapporteur’s urgent call for a “new course of action where the Member States of the UN stand with and for a courageous people who are fighting for their lives, their children, their future.”

Myanmar continues to extend its full support to the mandate of the Special Rapporteur on Myanmar and its sincere gratitude to Mr. Andrews for his vocal and unswerving commitment to the human rights, fundamental freedoms and democratic aspirations of its people.